The PASS Summit has come and gone, and besides attending sessions and networking, I also managed to pass 2 of my certification exams.  That leaves the much-dreaded 70-463 exam.  So it’s time to start preparing for that exam, and as I go along I’ll post here so you can study along with me.  Ready?

Exam 70-463 focuses on implementing a data warehouse in SQL Server.  Obviously this is a pretty big topic that goes way beyond even what the exam covers, but let’s set the foundation with some fundamentals.  Most of us are very familiar with OLTP database design.  It’s highly normalized and great for line of business (LOB) applications that are primarily using lots of small transactions of very short duration.  The problem with a normalized design is that it’s not so great for analytical reporting.  First of all, normalization means joining many tables which leads to poorer query performance and also makes for much more complex queries.  The other problem is that all of your LOB data reside in different databases, so comparing or aggregating data between different systems is difficult.  To get around this, we build a data warehouse where all of our disparate OLTP data can be merged for analysis and historical reporting.  What makes the data warehouse so great for this type of reporting is its fundamental design, and that’s what we’re going to cover in this post.

There are two main types of tables in the data warehouse environment: fact tables and dimension tables.

It’s the logical design or schema of the data warehouse, or how those fact and dimension tables are laid out and connected to each other, that makes the data warehouse so great for reporting.  And your data warehouse will typically use one of two schemas: the Star schema and the Snowflake schema. 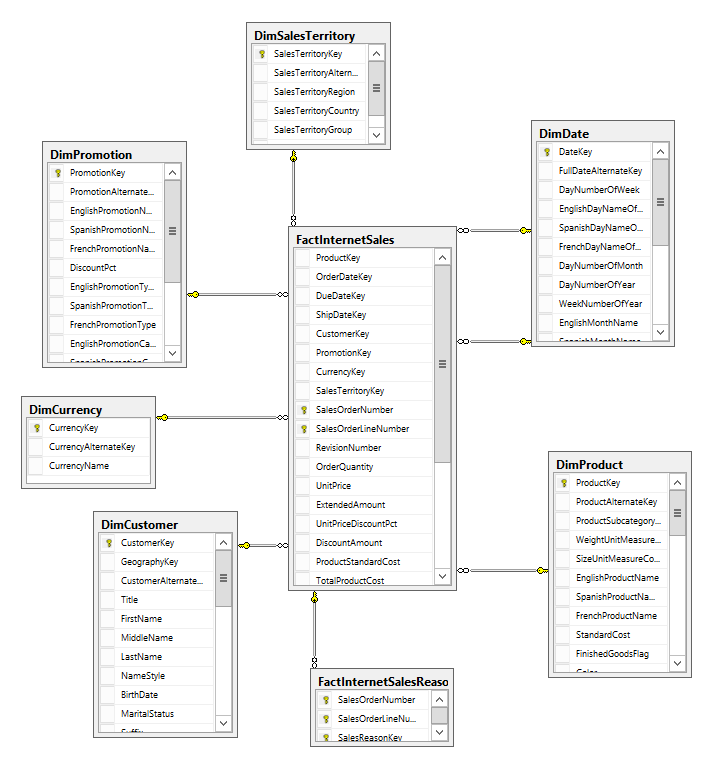 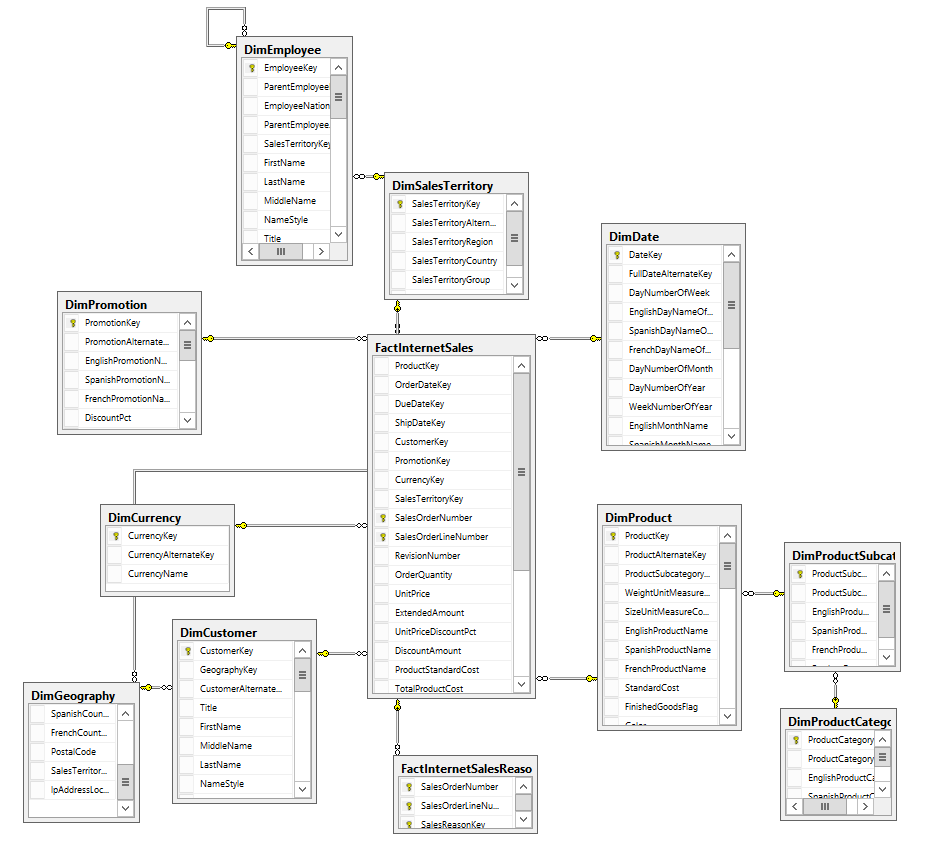 Today we covered the two primary types of table found in the data warehouse, the fact table that holds your quantitative data and the dimension table that holds your qualitative, contextual data.  We also reviewed the two most common schema designs, the Star schema and the Snowflake schema.  Next time we’ll talk more about dimension tables, their columns, and how to handle updates.

Colleen is a database strategist, community advocate, author, blogger and public speaker. She is passionate about helping technology leaders use Microsoft’s SQL Server to protect, optimize and unlock data’s value.

Colleen has been working with relational database for almost 20 years. Since 2000, Colleen has specialized in SQL Server and Oracle database management solutions. She excels at performance tuning, troubleshooting mission critical SQL Server environments, and training technology professionals and business users of all levels.

Since 2011, Colleen has maintained a SQL Server focused blog at http://colleenmorrow.com. She is an active member of the Ohio North SQL Server User Group, as well as a volunteer for the Professional Association for SQL Server (PASS). Colleen earned a Bachelor of Science in Computer and Information Systems from Cleveland State University.

Want to join the discussion?
Feel free to contribute!